Late autumn in Shanghai, the weather has gradually turned cool, but car fans are extremely excited. They are shouting, cheering, and screaming to welcome a big event.

From October 19 to 21, the much-anticipated 2018 China GT Championship was staged at the Shanghai International Circuit. With the ARCFOX-7, the world's first all-electric GT supercar, in the lead, the top domestic and foreign teams and drivers were in full fire to win the highest honor at the highest level of Chinese automobile competitions. Acceleration, sharp turns, passing and being passed...  With the roar of the engine and the strong wind, the persistence and the desire for victory turned into speed and passion at this moment. All visitors experienced a wonderful and remarkable competition and were impressed by this fabulous spectacle. 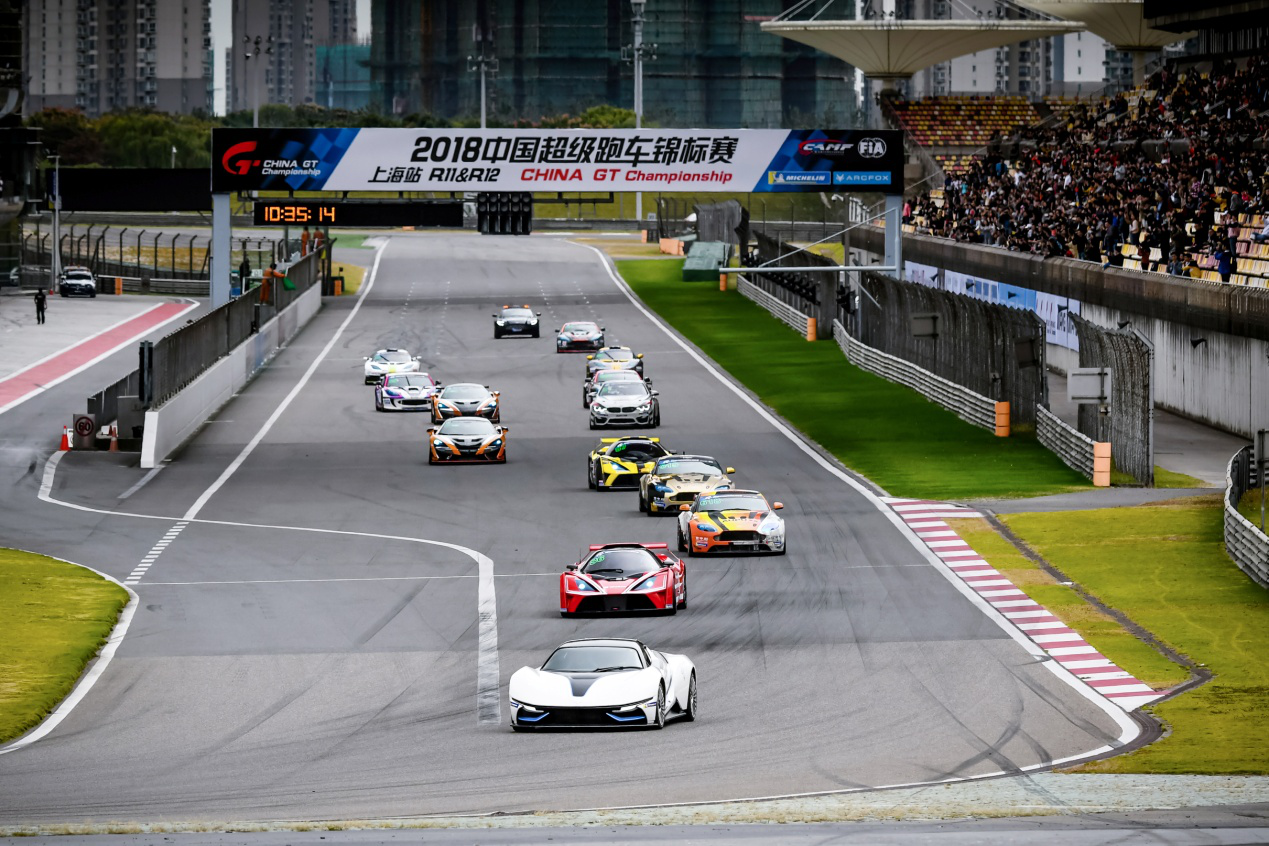 Finally, after three days of fierce competition, the winner of the 2018 China GT Championship was settled. The Xinzhongli AMR team was crowned the champion of the GT4 teams, and Jack Mitchell won the championship. Kings, Xu Jia and Xtreme, Huang Xizhan won the team and driver championship of GT3 and GTC. At the award dinner held after the race, ARCFOX and the champion team witnessed their moment of glory together with the drivers.

As the official pilot car, ARCFOX-7 also showed a dazzling performance. With a smooth start and fast acceleration and turning, ARCFOX-7 led Ferrari, Lamborghini, Aston Martin, Mercedes-Benz AMG, Porsche and Audi cars at full speed, impressing all who were there.

This was the 6th station of ARCFOX-7 leading 2018 China GT Championship. From early summer to late autumn, from Zhuhai to Shanghai, ARCFOX-7 has shown up on every circuit. Wherever it goes, its dynamic figure, elegant appearance, explosive force and silent driving reveal something different from the traditional fuel supercars.

All of this is due to the excellent performance of ARCFOX-7 itself. ARCFOX-7 was created by the High-performance Car Design and Research Center in Barcelona, Spain and QEV (former Campos Racing) founded by famous former F1 driver Adrian Campos. It can produce a maximum power of up to 612 hp and a maximum torque of 1050 NM. The acceleration time of 100km is only 2.9 seconds. ARCFOX-7 also integrates a number of racing technologies, such as the application of a Formula E racing chassis and professional putt suspension system. The body, chassis and suspension are also made of extremely light but tough carbon-fiber composites, fully guaranteeing its motion ability and control accuracy under the conditions of high-speed driving. With its excellent performance, ARCFOX-7 can perfectly complete all the leading tasks, marking the start of a new era of Chinese brand electric supercars.

Creating a crossover experience, ARCFOX-7 becomes the focus of attention

Wonderful activities were held both on the track and off the track. At the final race of Shanghai, ARCFOX-7 also brought visitors a variety of wonderful activities. In its static display area, visitors enjoyed music played by a live DJ, a dance performance and fun interactive games. The open exhibition area eliminated traditional boundaries and allowed visitors to interact with ARCFOX closely. This event fully demonstrated ARCFOX's brand spirit of "Born Free".

ARCFOX-7 fans also showed up spontaneously to see ARCFOX-7 in the final competition of the 2018 China GT Championship. Their passionate cheers echoed the strong power of ARCFOX-7, jointly issuing the strongest voice of the rise of Chinese automobile brands.

In recent years, motor racing has been booming in China and has become more and more influential. ARCFOX has joined China GT to act as the official pilot leader, so that more people can experience the remarkable performance of ARCFOX-7. This is the racing debut of the all-electric GT supercar created by a Chinese brand, and also the first trial of ARCFOX cross-border brand marketing.

The 2018 China GT Championship has come to a successful close, but ARCFOX's journey is just beginning. As a high-end intelligent new energy vehicle brand that pursues extreme performance and innovative design, ARCFOX will continue to promote the high-end development of China's new energy vehicle industry with the creation of a more abundant and multi-level brand and product experience.